Something worth noting | About the Star Wars Poster Artist - Tom Chantrell

This post has been created as a nod to the release of a documentary for Tom Chantrell.

Tom Chantrell was an artist and he worked with block bluster films in the 60, the 70s. This documentary covers some of his past and his involvement with the poster Artwork for Star Wars.

Here is the release from Convex Films

London, UK. Convex Films are proud to announce the release of their documentary film “Chantrell”. Made by director Simon Henry, this 51-minute documentary tells the story of one of Britain’s most pre-eminent cinema poster artists, Tom Chantrell (1916-2001). Able to both design and illustrate

Able to both design and illustrate posters, Chantrell was the consummate commercial artist. Though renowned for his vibrant photo-realist compositions, he mastered a range of stylistic approaches and was comfortable working with a wide range of mixed-media (gouache, pastels, magic-marker, pen and ink, chalk, photographs etc.). Chantrell’s back-catalogue (1935-92) encompassed everything from “Brighton Rock” (1947) and “One Million Years BC” (1966) to “Star Wars” (1977). Among the most collectible of posters created by Chantrell were a series for Hammer Studios (1965-74) and for the “Carry On” films (1963-66). After turning freelance in 1972, Chantrell dominated poster production for the independent distributors and established a particular niche in poster design for the sex-comedy films that were so popular in the 1970’s and early 80’s.

The documentary contains interviews with family members, poster collectors, and dealers and with the author and leading authority on British film posters, Sim Branaghan. Chantrell’s poster images are displayed throughout.

Director Simon Henry came to the project after unexpectedly discovering the photograph of Tom Chantrell holding up the unfinished “Star Wars” poster. “The image simply blew me away, seeing the amazing poster in its uncompleted form being held up by its creator... I couldn't get the image out of my head and the more I read about Tom's work and its significance within British film history the more I realised that someone had to put this under a spotlight. I decided to contact Tom's family. We've tried to tell Tom's story through the people who knew him best and hope we've done justice for Britain's most important poster artist, Tom Chantrell.”

Mike Bloomfield, curator of the Chantrell archive (www.chantrellposter.com), added: “American poster artists are quite rightly lauded and their artwork sells for amazing sums. British poster artists by comparison are less well-known but figures like Tom Chantrell deserve a huge amount of respect for their contribution to the film industry. I really hope that this documentary brings to light what a fantastic commercial artist Chantrell was”.

You can now view the documentary either on https://youtu.be/aYB0r2Y7QNY

Posted by jimm's creative design blog at 08:08 No comments:

I have been threatening to get this post live and I have finally managed to find the time to get some of these photos added to my personal blog. Now if this isn't a post which is worthy of some inspiring drawings to come at a later date then I don't what is!

One summer afternoon when walking on the Bodmin moor with a friend we set about going for a walk up to Cheese Wring. Now if you are unfamiliar with the Cheese Wring which is close to the Minions, it is a set of ancient stones stacked on top of one another. You may also be surprised to know that this rock is completely natural, but this post isn't about the formation of these stones – it is about the formation of another a pile of stones which lay partially buried beneath the hill.

The Steep Walk Up a Hill

After tucking into a hearty meal at the Cheesewring Hotel, I and my friend set about walking up to the top the Cheese Wring, on the journey up the steep bank and after scrambling over some large granite boulders we arrived at the structure. It's not a new structure to me if I am perfectly honest, I dismissed as being something far more mundane than it actually was. To look at, you would assume it to be a small indent created to shelter the stonemasons and the quarry workers from the harsh weather when the land was worked for its stone and other resources. Saying it was a shelter is part truth, but as I come to learn it was much more.

As we sat around the shelter in the sweltering august sunshine we looked inside what we thought was the quarrymens' shelter. No deeper than a few metres with basic seating, it would have made an ideal stone canopy in the grim winter months. What we were actually sat in wasn't shelter, it was an entrance to a 1700's eccentrics stone mason's house. The home was dug from the earth and hewn from stone.

When I stood on top of the shelter that day something looked a little odd to me, it looked like an adit or some sort of entrance to a mine that had collapsed so I came back and did a little bit of research and that is when I found out that this was the home of a man called Daniel Gumb. Daniel Gumb was a mason, astronomer and an eccentric that must have loved his solitude. He lived in that now collapsed hillside home with his family according to other sources.

The mason's house was dug from the ground and a giant slab of stone was used to act as the roof and ceiling. I'm glad I wasn't there when it eventually caved in.

Where is his house | by the CheeseWring

Where would the surprise be in handing it to you on a plate – besides on not entirely sure. The Home of Daniel Gumb is somewhere on the left-hand side of the Cheesewring as you approach it from the minions car park. 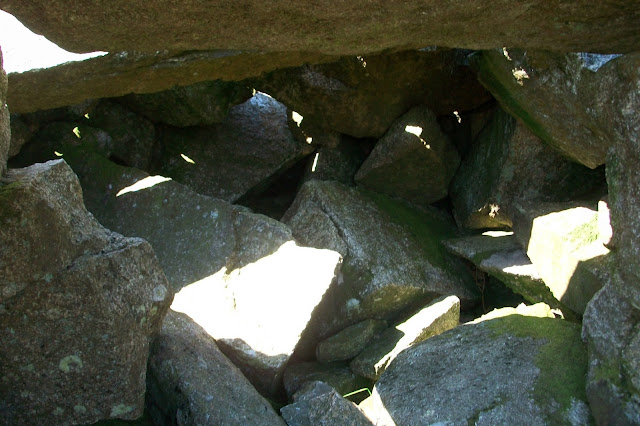 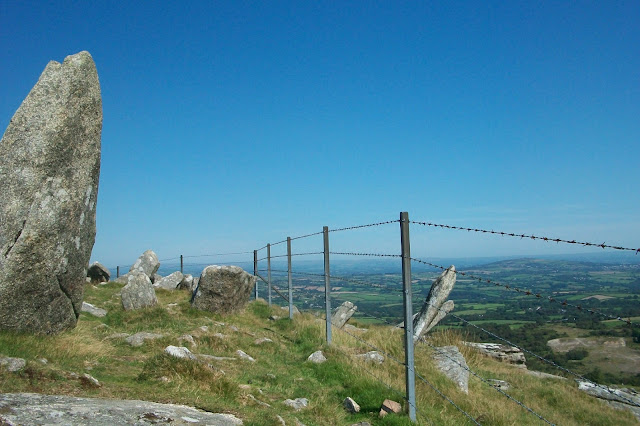 I will intend on adding more adventure photo's in the future
Posted by jimm's creative design blog at 02:13 No comments: