Photo's taken from my London commutes which inspires my artwork


Experience the joys of London travels. I have to admit that I tried to take the pictures when it was slightly quieter on the stations. It's these types of images that have been inspiring my drawings. People ask me if I draw on the tube, the truth is... no, don't complete a finished pencil drawing whilst on my 20 minute commute. What I see inspires me but none of what upload is like for like. It will resemble some bits and pieces. I'm aiming to create a feeling of community with our travels a feeling -

Please note all photo's copyright Jimm Odell. All identities have been distorted to protect identities.

Please do not use or distribute these photos.

Posted by jimm's creative design blog at 12:31 No comments:

I'm loving using the oil paints at the moment, it has to be said. They are such a breath of fresh air (maybe oily air) in comparison with being behind the computer all day. You will see the Blue Devil, Odd Body and Zombies shown below. 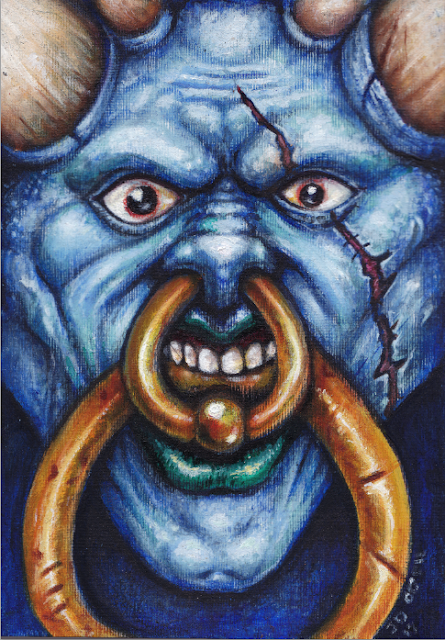 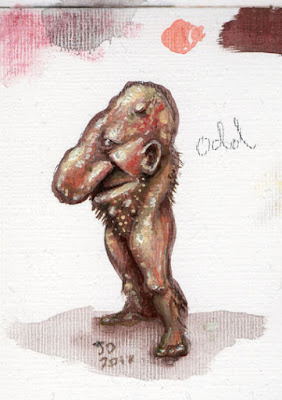 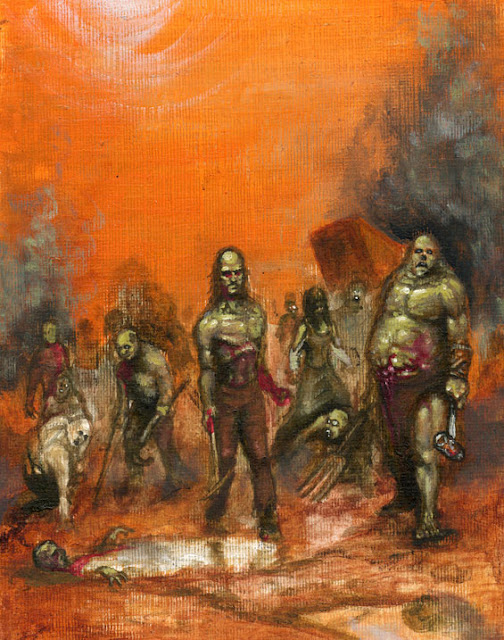 Thank you for looking! for more artwork please feel free to browse this website or follow on twitter.
Posted by jimm's creative design blog at 06:30 No comments:

A Kickstarter Project – Working on the Guess Poo Characters

Kickstarter is a new experience. At Satzuma we launched our first ever campaign and it has indeed been a learning experience. I have had the opportunity to work on the wacky poo characters which will go into the poo game design should the project get backing necessary to get it off the ground.

So, what is being launched on Kickstarter?

Guess poo is a humorous potty-brained table game that parodies and pays homage to a well-known children’s toy, which has been around since the 70’s. Guess Poo is brown, nutty and lumpy game brimming with flavour and taste. It's aimed toward people with a daft sense of humour.

If this sounds like your thing, feel free to show support :

Sadly, Guess Poo didn’t get its funding. At a glance we can see so me massive holes in the project – strong on visuals, video and messaging, weak on outreach outside of the kickstarter platform.
Posted by jimm's creative design blog at 11:44 No comments:

A common misconception is that Galileo was the first person to invent the telescope! Apparently, he didn’t invent the telescope. He built upon the foundations of existing telescopes and for how they would work for the future. The telescope or spyglass at the time only increased magnification by up to 3 times, Galileo’s telescope increased magnification by up to 20 times! Allowing us to peer further into the unknown and changing the way we look at the solar system forever. The refraction telescope uses 2 lenses: a convex lens and a concave lens to translate the image to the eye.

Although Galileo was the inventor of the refraction telescope, an engineer, philosopher, and a polymath he caused a stir with the Catholic Church. By putting forward and hugely controversial theory at the time, the Sun didn’t revolve around the Earth but the Earth revolved around the sun. A theory and insight that would later see him placed under house arrest for announcing his discovery. The establishment had him hushed for facts! (imagine what else has been hushed to silence facts)
Galileo’s Telescope also allowed him to see that the moon wasn’t smooth but was in fact rugged, that Jupiter had moons and that Venus had moon-like cycles of night and day. It could be argued that his revelation altered the way in which society thought from then on. - ie not a flat planet but round.

I have found some interesting information on Galileo and I feel I have barely touched the surface or what this man was truly about. No he didn't discover the telescope but he did show the world that we weren't the centre of the universe and that other 'round' (of course) planets had day and night cycles. That telescope was more than just a piece of equipment, it was a third eye which allowed us to peer into the invisible. We can now look deeper into stars, see bacteria and it has revolutionised medicine.

I felt compelled to add this to the blog as It felt insightful.
Posted by jimm's creative design blog at 06:37 No comments:

Hello, it's been a few months since my last post and I felt it was long over due for me to add something a a little new. I have added a quickly sketched out a walk cycle which was created in flash (CC Animate ) and Photoshop.

Its only around 7 frames along, so not very smooth but shows what can be done in under half an hour.

P.s blogger has added a nice little jagged edge to the line work - delightful and low quality!
Posted by jimm's creative design blog at 09:33 No comments: